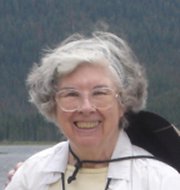 Carol Wolf, one of Seidenberg’s professors, has had quite a life in academia and education before joining our program  in 1986, only a couple years after Seidenberg was founded in 1983. Born during the Great Depression, Professor Wolf grew up with parents who, both being academics, were adamant that she and her older brother receive a full education. Wolf began working at age 16, for a whopping 55 cents an hour (much to her delight), at a local soda fountain and, soon afterward, the library. These jobs were Wolf’s introduction into not only the work-world, but the work-worlds dominated by women, which were rare, given that this was during the early 1950s.

Wolf, in an interview with a student, stated that she knew from an early age that she wanted to be a mathematics professor. She then brought up the obstacles she faced as woman in the male-dominated field of mathematical academia. She started her work in teaching as a teaching assistant for a three-dimensional calculus course at Cornell University. The class she taught was a sophomore-level class of all males who did not trust that a woman could teach engineers. The students tested Wolf on a daily basis, asking her to work through the hardest questions in their textbooks. She explained that she didn’t realize it was a test until two or three weeks in, when the students also realized that she was not only incredibly capable of solving the problems with ease, but also skilled in teaching the material to the class while doing so.

Every year she taught, she experienced a similar series of tests from students who were unaccustomed to having women teach in their field. Wolf points out that she was one of two women in the department, and the only one who taught full-time. Her experience with gender bias at Cornell was not unusual in universities at the time. She mentioned a friend who, while teaching at Harvard, was told by a professor that she had no business being in mathematics — it was not a women’s field.

Things changed when Professor Wolf found Seidenberg. Our school was started by a woman, Susan Merrit, who was once the Chair of CS on Westchester’s campus. Considering the fact that Professor Wolf is still with us at Seidenberg today, it’s clear that this position has been a great fit for her, professionally.

Wolf, in her own words, shares with fellow women who are learning and working in a predominantly male field that, “the thing is, there is this stereotype of the nerd sitting in the basement programming or studying all day, and that’s not what life is like. There are all sorts of interesting things you can do. I think women maybe provide their own reasons not to do it, but as far as any intrinsic ones, the field is open.”

We celebrate Wolf’s talents and enthusiasm here at Seidenberg. It’s not easy to trudge through the politics that can surround academic fields of work, but thankfully Professor Wolf has made it through. There is still progress to be made, especially for women and minorities, but it is pioneers like Wolf who show us how it’s done right.